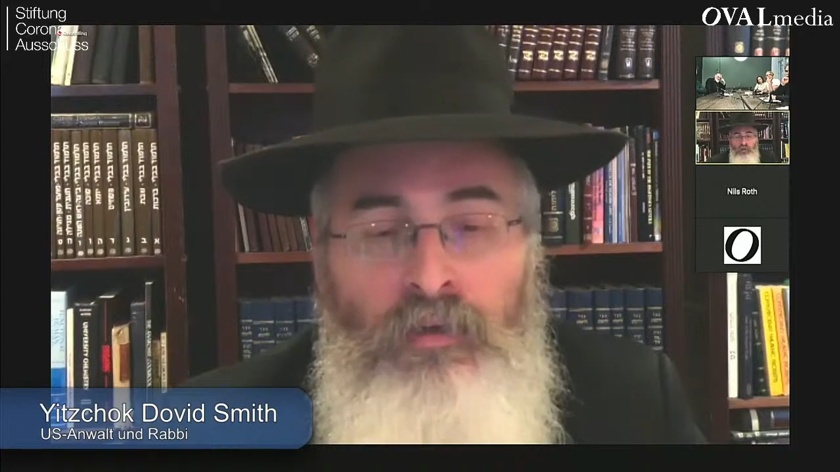 And it’s particularly significant that you’re holding this meeting in Germany. Because we’ve seen that only 80 years ago in Germany. Human beings were led astray by exactly the same problem. People make the mistake and think, that the holocaust and what happened in Germany, was because of antisemitism. But it wasn’t because of antisemitism, it was because the God Almighty have been taken out of the school system. And even in the times of, in Bismarcks times, they taking god out of the school system. And they raised generations of children, that thought, the highest form of humanity was human logic. God was taken out of the picture. Once a person takes god out of the picture, then human logic can justify anything. And that is exactly, what the Nazis did. The Nazis were very, very logical people. They had professors, they had great scientists, great professors, great thinkers and great philosophers, who were the basis of their thinking.

So, it was not a antisemitic spasm. What really happened, was the manipulation and the hijacking of the german people – who happen to be very disciplined, very focused and very efficient people, to corrupt them and to follow in the public health ideology. Nazism was really about public health.

What we’re seeing today, is the same concept. The concept of the public health – what was the first thing, after the nazis took over? Within a few days, they opened the concentration camp in Dachau, to put in their political opponents. But within a few weeks, they were sterilizing Germans, non-jewish Germans were being sterilized, because they decided, that they were not worthy of reproducing. And then, by 1938, 1939, they were murdering and euthanizing elderly, sick and terminally ill children and adults. This was the concept of unworthy lifes, that the nazis were not inventing, they were actually just implementing it in a very efficient way. All they had to do, was then expand that and say that now the jewish people are the next target. And they said, after they finished with the jewish people, they’re gonna kill all the polish people and all the Ukrainians. And the process of eliminating everyone, they did not think, was worthy of living. So, we have to remember, that nazism was really public health. You cannot have a concept of public health, that does not lead to that level of destruction. Because public health by definition destroys the individual. And says that, someone is gonna make the decision, whats best for everybody and then it’s gonna be enforced without any compassion, without any mercy, whatsoever.

And that’s exactly what we see is happening. Now, there’s a famous Rabbi, his name was Rabbi Halberstam, Jekusiel Halberstam, he was the Klausenburger Rabbi. And after the first world war, his father said to him, that he should know, that will come into the world with a level of cruelty, that has never been seen before, never been experienced in the world. That’s a very strong statement to make, because for the jewish people, we’ve been around for thousands of years, we remember the Egyptians cruelty, the murdering of people by the Egyptians. The Nebukadnezar, Babylonia, the Romans, the Greeks, the Persians, everybody who’s coming and try to make war against the jewish people. So to say, there will be a cruelty, that was never experienced in the world, so terrible, this shocking prediction, so this Rabbi Halberstam, the Klausenburger Rabbi, said that when he was in the concentration camps later on in 1940s. And he was sent into the Warsaw ghetto to be part of the cleanup crew. So he saw, what humanity, when god is taken out of the picture, can come to. He said, that the only inhacaptable life, was his fathers prediction. Because he saw that, what his father said, what is gonna happen, was happening. What did he see? He saw the public health, the cruelty of saying, it is for your safety. It doesn’t matter what you think, it doesn’t matter, whether it is true or not true, it is for your safety. And there will be imposed on you. And you will be destroyed. That is public health. And that is, what nazism really is.

And to those people, I wanna say I was very impressed, is that when I was watching these videos of doctor wolfgang (wodarg) and others and so far a lot of more in german. And I saw the german videos and people were speaking right at the very beginnings, saying, this is about fascism. And they take you over the german economy and so far, so that I was very impressed, because the german people recognizing of experience this in a real time. Well, it might been your grandparents and your parents, who went to this. But unlike America, where Americans have done many great things and fought for good things and so far, but they never experienced true tyranny. In recent times, even King George, that they made a war of independence against in 1776. He looks like a sweetheart, compared to what public health is able to accomplish.

And we see that today, the very nazi definition of lives unworthy of life, we see that happening today with the whole concept of essential end non-essential. A persons ability to go make a living, that’s a divine commandment. God says, go and make a family. Go provide for that family. And then they say: No, you’re not essential, you cannot make the living, you have to starve or get money from the government, become a slave. This is a nazi definition. So I think, it’s very important, so I want to start with that, because I think, it is very important, to acknowledge what you’re doing. And that you particularly in the countries of Germany and so far, have the opportunity and the wisdom of your own experience and your own family’s experiences. To recognize, what happened. Was that, there was this process of compulsion, that process of taking peoples ability to thinking independently, the truth no longer mattered. The censorship, that happened in 1930s and 1933 and so far and then increased. The people talked about, are we in 1930 Germany now? Or in 1933 Germany and so far?

Then I used to think, okay world, you know, it is, we can still walk around in the streets, but remember, one of the turning points was „Kristallnacht„. „Kristallnacht“ was the time, when they came and they destroy the jewish synagogues. But let’s remember, what happened there. They not really destroyed the synagogues by the way. The first thing, they did is, they went into the synagogues, those as they were organized, they went into the synagogues and they took the lists, of all the jewish people, because in those days, they didn’t have government records, each synagogue and church kept it’s own records of the births and deaths of all the family members. So they took those lists out of the synagogues and then they burned the synagogues down. And what else did they do? They went ahead and they destroyed all the jewish businesses and burned all the jewish businesses. And they made a lot to the jewish people can not own businesses. So, what everyone is looking for, when I talk with the holocaust, looking for something against the Jews.

And they make a big mistake, if it is against everybody, the Jews and the Non-Jews, and the Catholics and the Moslems, and everyone is being destroyed equally, they say it’s not antisemitism, so how it’s okay. It’s a big lie. What we’re experiencing now, it’s a „Kristallnacht“ on a major scale. The synagogues and houses of worship were closed. The businesses are shut and destroyed. So they don’t make a difference between if you’re jewish or not jewish, that’s what fools people. But what’s really happening is a destruction and a war against humanity. I want to explain this, I know maybe you wanna translate, but if i can speak and address, then you decide it, how much you wanna translate. But I want to put this into a spiritual perspective, also. Because this is something, that the Torah, which we call the old testament.

And the goal has been, to use the universities to spread a cult of worship of experts. To cool people off, to take them away from believing in God Almighty, to take people away of recognizing their own divinity, that every human being is created in gods image. (…) So what we see now with Coronavirus, is merely the latest, most effective world what did i attempt to accomplish this.

If they go around chasing someone argues where the number of Jews, that were killed, those people they make it, you know, they chase after them and they make the whole distraction about, how many Jews died and so far. The real issue is, what possibly could have led to a situation, where human beings was taken so far astray, that they were able to be corrupted into number one, tricking an entire population into doing it. And tricking another population into going along with it.

‚Cause you remember, the jewish people mostly got volunteered and one along, did not resist. Because they were told, by the Germans came in, the Nazis came in with a very sweet smile. They said, if you just do this, one little thing, then it’s gonna be okay for you. And they convinced, it was called the „Judenrat“, these committees of jewish leaders, to be the ones, to convince the Jews to follow along. If only you going to the trains, to go to a better place.

They were convinced into the last second. And you realize, that even people don’t understand this. That among of the german population, even among the Nazis. They didn’t understand, what the final solution was going to be. Only the very few top leaders. Hitler spoke against the Jews, but people didn’t imagine, that it is gonna be some sort of a solution. The Jews were the problem, there was gonna be some sort of solution. But they didn’t realize in Germany, that meant, killing every single jewish person, God forbid. They didn’t understand that. And they actually hid it from the german people. And it was only the acceleration, the most of the killing of the Jews took place off german soil. Because they did not want the german people to know, what was really going on. So we have an obligation to recognize, and a particularly people like your souls, who went through this, to speak up and say, this is identical to nazism.

This is not just a comparison, this is nazism, because public health is nazism. Nazism is public health. Who’s gonna be healthy, who gets the live, who’s get to die. Who is essential, who is not essential. This is exactly, what it is. We have to scream that up and we have to say, that anybody tries to stop us, that they’re the real Holocaust deniers. There the ones they trying to prevent people from knowing, what really happen. And what really, we should learn from the tragedy of the lives lost. This people lost their lives, they should be, the way we honour the memory, is to learn from how they were lead to the death. 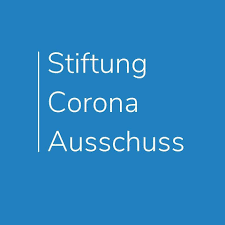